What Are The Key Airports Of West Africa?

The Félix-Houphouët-Boigny International Airport in Abidjan

West Africa is quickly rising as one of the must-watch regions of the world. Its vast nations, many peoples, and its myriad of airlines make it a cosmopolitan melting pot of aviation. Summarising a region completely is a challenge, but necessary for those in the industry who want to realize new opportunities – many of which start with the key airports of the region. What are the main airports of West Africa that you need to know? Let’s dive in. 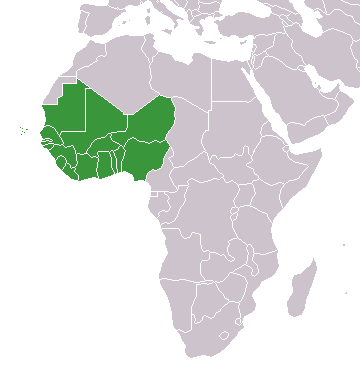 West Africa is located to the west of the continent.

West Africa, as the name would suggest, is the region of nations to the west of Chad and to the south of Algeria and Western Sahara. There are 16 countries in this area (Benin, Burkina Faso, Cape Verde, The Gambia, Ghana, Guinea, Guinea-Bissau, Ivory Coast, Liberia, Mali, Mauritania, Niger, Nigeria, Senegal, Sierra Leone and Togo) and a combined population of 381 million people. Because there are so many nations, this means that there is a strong aviation market for each capital city to be linked to one another. Some of these countries actually have huge domestic aviation industries, like Nigeria and Ghana.

So what are the key airports?

Senegal’s Diagne airport is uniquely situated nearly at the edge of the country and believe it or not, at the westernmost point of Africa. But it’s not just being by the sea that makes this airport a winner. Thanks to a unique position between Europe and West Africa, as well as its neighbours and its own geographical shape, this airport sees plenty of aviation traffic. It Is also the closest airport in all of Africa to the United States, making it perfect for trans-international journies.

The new airport only opened in 2017 for a small price of $575 million and is designed to replace the older Léopold Sédar Senghor International Airport (an upgrade to the 4,500-hectare site compared with 800 hectares). It is strongly considered one of the best airports in the region, with vast facilities and plenty of room for expansion. In 2019, Dakar Blaise Diagne airport recorded 2.49 million passengers, an increase of 5% year on year.

“Our goal is to make Senegal a leader in air transportation in the region and a major player in the international airline business,” said Mohamed Habiboulah Fall, a spokesman for the new airport said to the New York Times.

However, times have been tough on Senegal during the current crisis, with the aviation sector taking the bulk of the market shrinkage. In an effort to dampen the impact of the crisis, the government has earmarked 77 billion CFA francs ($120 million, 110 million euros) in support of the tourism and aviation sector, with funding going to local airlines and the airport to keep operations running. Fortunately, the government has reopened the airport in December of last year in an effort to resume activities.

To read more about the Senegal Airport click here.

Rivaling Blaise Diagne is the airport of the Ivory Coast, Félix-Houphouët-Boigny International Airport (ABJ). It is well on its way to becoming one of the key airports of Africa with a mission to be the main hub in the region. It is the main entry point for the country and before the Coronavirus crisis it was serviced by 20 different airlines flying to 36 countries. It is also the hub airport for the local airline, Air Côte d’Ivoire. It has a single 3,000m runway and two terminals, the international terminal was recently rejuvenated with two new airport hotels. The last claim to fame is that the airport is the only one of two airports in Africa serviced by the Airbus A380 fleet before their retirement.

The airport passed the two million passenger mark in 2017 and reached 2.1 by the end of 2018, with only the expected slowdown in 2020 due to the coronavirus. Recently the government invested in the home carrier ($24 million US) to keep it afloat, securing jobs for the airline and its home airport.

“We think that if we can start (regional flights) in the month of July, we will, if everything goes well, recover 80% of our passengers by the end of the year,” CEO Rene Decurey said to Reuters.

Ghana’s Kotoka International Airport (ACC) is the main international entryway into the country. While Ghana is quickly developing its airport infrastructure, Kotoka has become the hub for a myriad of different upstart airlines looking to expand into the local market. Thanks to its geographical location, some international carriers use this airport as a stopover on their way to South Africa. In 2019 before the global lockdown of 2020, this airport saw 3.019 million passengers.

It recently expanded with a third terminal (costing $274 million and opening in 2018) that has the capacity to handle 5 million passengers a year and process 1,250 passengers per hour. The airport also has six boarding bridges, a large commercial and retail area, three business lounges, purpose-built transit facilities, and a CIP terminal.

“The new terminal is both expected to attract more airlines into Ghana and boost its economy. Incumbent airlines are also expected to increase capacity and make this sector take its right position“. MD John Dekyem Attafuah stated to CAPA.

Eways Aviation has covered Ghana’s commercial aviation industry extensively, and you can read our full report into the local airport landscape here.

“A total refurbishment will be carried out at old terminal because it is over 40 years old and its structure does not conform with the security in ground today.” South West Airports’ manager of the Federal Airport Authority of Nigeria (FAAN), Victoria Shin-Aba, said to Guardian Nigeria.

For more information about these two airports, we have a comprehensive guide to Nigeria’s airports here.

The other airports of West Africa

Make no mistake, the airports listed above are only some of the many important airports in this fast-growing region and all are linked together in the regional sphere. The lessons learned by the key airports in their success, can be applied across the board, such as plentiful government investment in infrastructure (and airlines operating to the locality), support to keep jobs during the Ccoronavirus crisis, and ensuring that there is room for future expansion. While 2020 was a tough year for many, the expected return to business in 2021 could make it possible for new key airports to rise and join the ranks of these leading airports in West Africa. Watch this space!

Search for an article